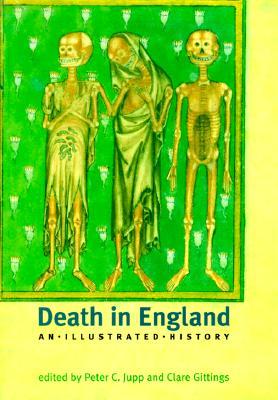 Death in England provides the first ever social history of death - from the earliest times to Diana, Princess of Wales. As we discard the taboos surrounding death, this book charts the fascinating story of how people have coped with this fundamental aspect of their daily lives.

Peter C. Jupp and Clare Gittings reveal how attitudes, practices, and beliefs about death have undergone constant change, as well as how, why, and at what ages people died. Examining how death touches all aspects of society, they cover topics such as plagues and violence; wills and deathbeds; funerals and memorials; and beliefs and bereavement. This wide-ranging analysis is lavishly illustrated wit photographs and drawings, their diversity reflecting the breadth of issues and periods covered.

The contributors are all specialists in their own fields, including archaeology, history, and sociology. The ten chapters cover; earliest times to the Bronze Age; the Iron and Roman Ages; the Early Middle Ages; from the advent of Purgatory to the Black Death; the Later Middle Ages and the Reformation; from Elizabeth I to the Civil War; the "Age of Decency"; the Enlightenment; the Victorian era; and the twentieth century.

With the pervasive depiction of death through the media and the public awareness of this topic, Death in England will be of interest not only to the general reader but also to students of archaeology, art, history, medicine, and sociology.

Welcome To Wherever You Are

The Book Of Mysteries (Tales From The Badlands #3)

World of Warriors: A New Hero

The Museum of Forgotten Memories

This Game of Ghosts

The Lies You Told

Notes from a Small Island

The Lady of the Ravens